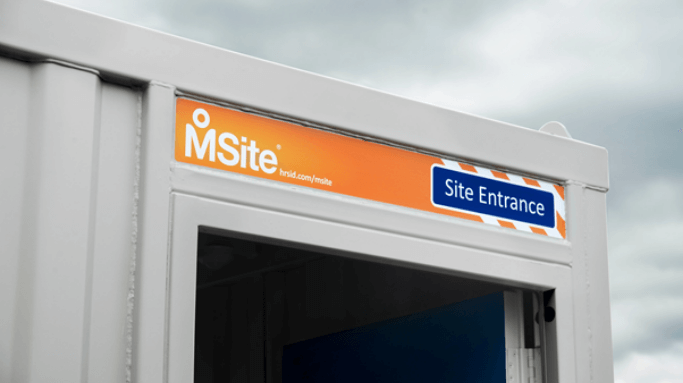 The construction industry has been slow to adopt biometric systems.

In fact, it’s a sector that is generally nervous about investing in new technology. Partly because there are still lots of misconceptions about biometric site access and how biometric authentication actually works.

COVID-19 has certainly been a ‘sit up and smell the coffee’ moment and more and more contractors have started to realise the benefits of a biometric solution. But for those who are still on the fence, here our experts attempt to debunk some of the most common myths and misunderstandings.

What is biometric data?

Having an understanding of the technology is key.

There’s lots of science behind biometrics. But essentially, biometric data is data that relates to human physiological traits – such as a fingerprint. It’s unique to you and permanent.

Biometric access control systems work by recording a copy of this data and keeping it in a secure database. When you attempt to use the system – and gain access to a site – your fingerprint or face will be scanned. If the system finds a match with data stored in the database, access will be granted. But if it can’t find a match within the database, access will be denied. It’s as simple as that.

Even though biometric authentication is becoming increasingly prevalent, across all sectors and industries, there are still many fallacies in circulation. Some of the most common include:

A leading misconception is that when biometric data is stored, it is stored as an actual image of the person’s fingerprint or face. This, of course, would raise security concerns – as it would be very easy for someone to hack into the system and use the data. But it simply isn’t true.

All biometric data is stored as a template in binary code – which means, it’s encrypted and stored as a series of 0s and 1s. This strong mathematical representation is almost impossible to re-engineer and, compared to an image or photograph, is significantly harder for someone to hack.

What’s more, biometric authentication can also help to improve security by reducing the risk of human error. Employees are not tasked with remembering a password or PIN code and there’s no need to worry about them losing their key fob. It’s a safe and secure method of access control.

People often incorrectly assume that biometric access control systems can be tricked, by using an image of the fingerprint or a photograph. But this is an underestimation of the technology.

The latest systems are advanced and sophisticated enough to tell the difference. Typically, they have both ‘active’ and ‘passive’ detection capabilities – which allows them to successfully identify whether the presented biometric data is from a live human or a manufactured static representation.

If the biometric data is believed to be from a static representation, access will be denied.

Our appearance is ever-changing – and many people question whether a biometric device can recognise these changes and continue to grant access to authorised personnel.

The answer is yes. In fact, the iris of our eye never changes. And although our fingerprint and facial features may alter over time, this doesn’t pose an issue for modern biometric authentication systems. There’s no need to continuously update the system. It has in-built ‘self-learning’ abilities, which allow it to automatically detect small changes and keep up with your developing look. 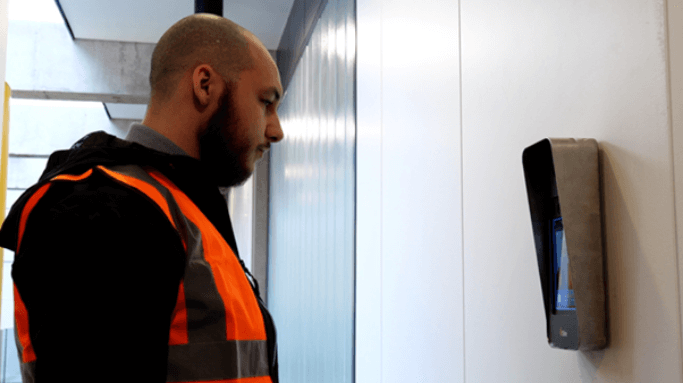 Construction contractors are not used to making big software-based investments. And often, they’ll apply the same cost-based approach to buying technology, as they do to buying plasterboard.

But when it comes to making an investment like this, it’s important to look at the bigger picture. For a start, it’s a misconception that all biometric equipment is expensive. As technology has advanced, the cost of biometrics has fallen significantly – and it’s now much more affordable than you may think.

It’s also worth taking a value-based approach to the purchase. The upfront costs of a biometric device may be more than your average key fob. But over time, it can lead to fantastic savings.

Last but not least, people often surmise that biometric devices – particularly those which use fingerprint recognition – are not hygienic and contribute to the spread of germs. And over the last 12 months, amidst the global COVID-19 pandemic, this has become even more of a sticking point.

However, fuelled by the pandemic, developers have worked hard to engineer new contactless solutions – designed to tackle this issue head-on. And here at MSite, we now offer a series of contact-free biometric solutions, which allow users to gain access without the need for physical touch. These include the MSite Face Reader and the MSite Workforce App, which uses the existing biometric capabilities of each site worker’s smartphone as proof of their identity and credentials.

Want to find out more about biometric site access?

In our opinion, it’s a no-brainer. Biometric site access is the way forward for all industries – particularly construction. But we understand why many contractors have reservations. And if you’re still unsure if it’s the right option for your company or would like to find out more about the biometric hardware and software available at MSite, please don’t hesitate to get in touch.

We’re always happy to help and will gladly talk you through the biometric authentication options available and answer any questions you may have. Either give us a call on 0333 456 2001 or, fill out our online contact form, and a member of the team will respond as soon as possible.